The crescent frequency and improved survival rates of pancreaticobiliary surgeries is increasing the need to manage surgical complications such as bilioenteric anastomotic stenosis, as well as stenosis due to recurrent disease. The altered surgical anatomy of these patients complicates endoscopic retrograde cholangiopancreatography (ERCP) approaches. Endoscopic ultrasound (EUS) has evolved from a purely diagnostic imaging modality to an interventional procedure that provides a minimally invasive alternative to interventional radiologic and surgical techniques in these situations.

We present a case of a 55-year-old man, who has been submitted to a Whipple procedure due to a pancreatic head tumor. One year later, he presents with cholestasis and hyperbilirrubinemia (6,5 mg/dL). Abdominal ultrasound and computed tomography revealed dilated intra and extrahepatic bile ducts, with a diameter of 20 millimetres. Patient was submitted to an ERCP, but hepatojejunal anastomosis wasn´t found. An echoendoscope was introduced through afferent loop and a transjejunal EUS-guided puncture of intrahepatic bile duct, with a 19-gauge needle, was performed (Fig.1). 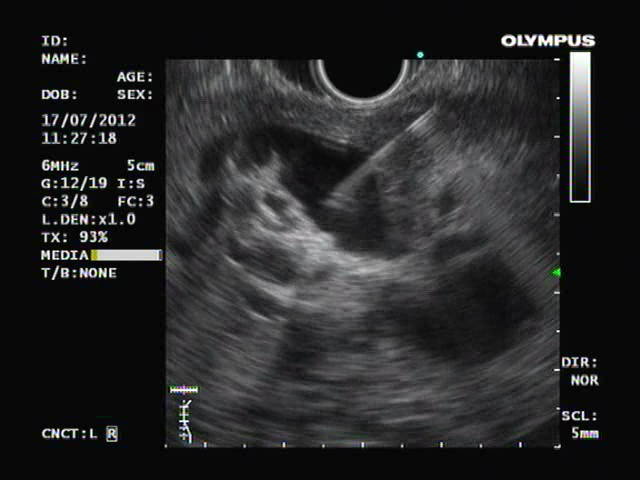 Cholangiography revealed dilation of biliary tree already described and an anastomotic stenosis (Fig.2). Blue methylene was injected into biliary tree to allow anastomosis identification (Fig.3). A duodenoscope was then inserted and anastomosis recognized by outflow of blue methylene (Fig.4). 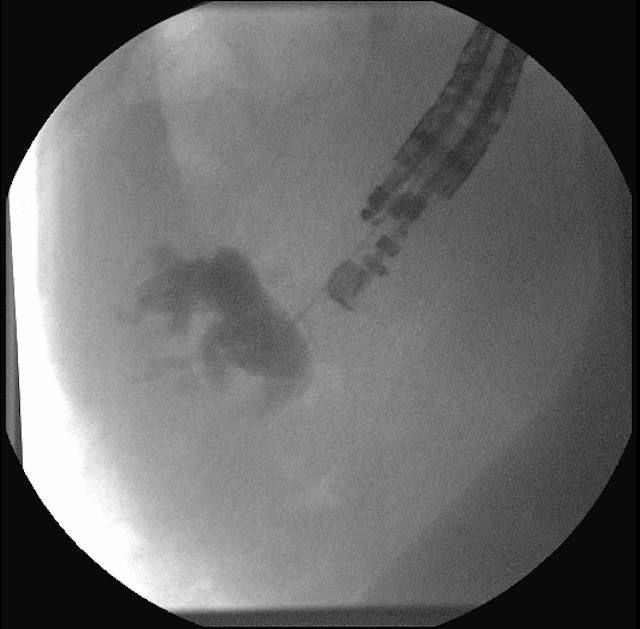 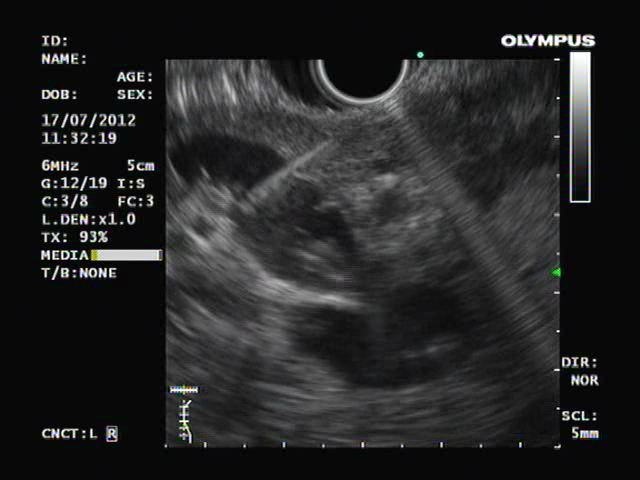 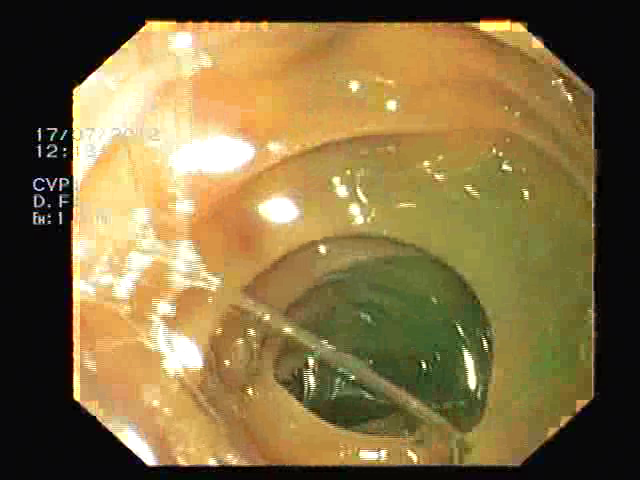 Deep cannulation with a sphincterotome was performed, without difficulty. We made an efficient dilation of anastomosis with a TTS balloon inflated up to 12 millimetres (Fig.5-6). Biopsies were negative for neoplasic cells. Patient was discharged 24 hours later, clinically well. 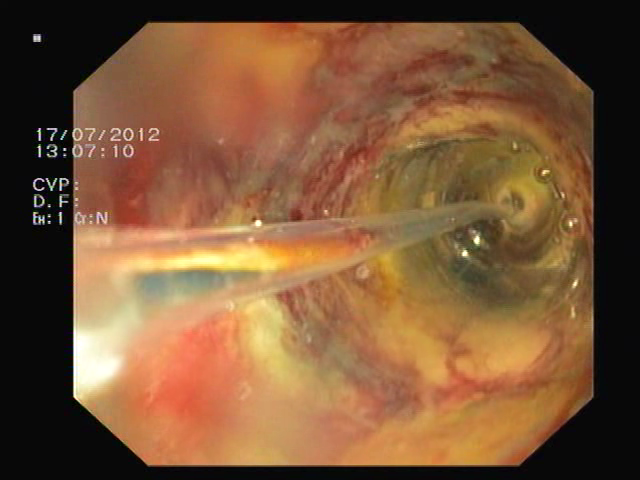 Fig. 5 – Dilation of hepatojejunal anastomosis with a TTS balloon. 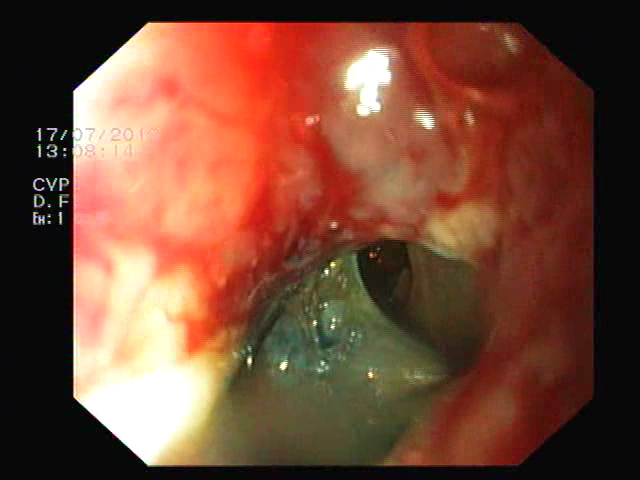 This case illustrates the difficulty oftentimes found on biliary access in patients with an altered surgical anatomy. We demonstrate a new EUS-guided ERCP technique for accessing biliary tree in a patient in who isolated ERCP approach has failed. EUS was an essential complement to ERCP, allowing anastomosis identification by dye outflow, leading to an effective treatment.