We present a female patient, 74 year-old, diagnosed in 2009 with acute myeloid leukemia secondary to a myelodysplastic syndrome, with leukemic evolution in 2014, despite treatment with lenalidomide and filgrastrim. The patient was placed under treatment with a test protocol POLO AML2, presenting later with febrile neutropenia. Imaging study revealed a pulmonary nodular lesion with 28 mm in the apical and posterior segment of the right upper lobe, with ground-glass opacity (Figure 1). 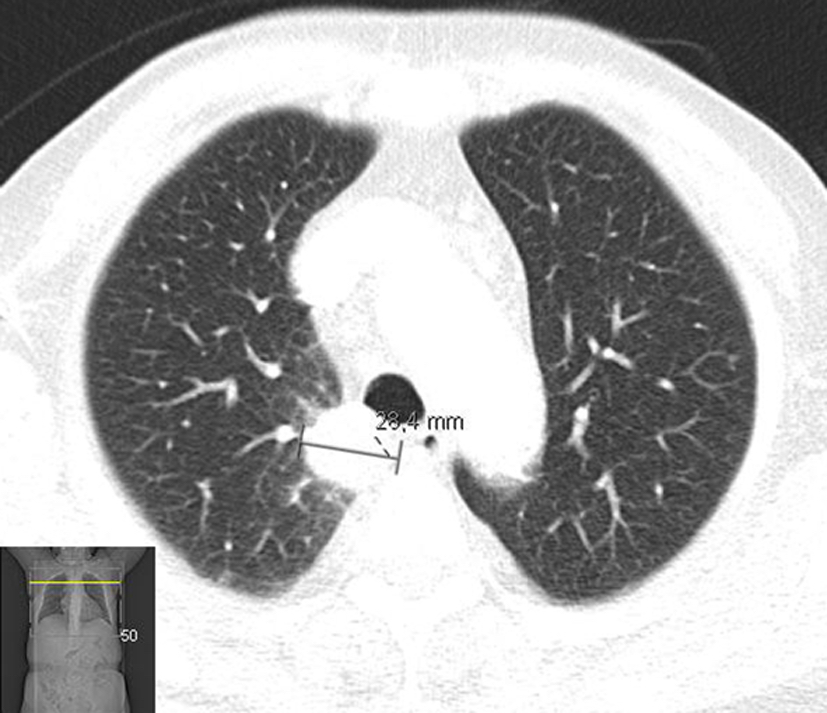 Figure 1. Computed tomography. Pulmonary nodular lesion, with 28mm, in the apical and posterior segment of the right upper lobe, with ground-glass opacity.

Given the absence of clinical improvement despite therapy instituted, with no cultural growth in septic screen, upper endoscopic ultrasound (EUS) was performed, revealing an ill-defined hypoechoic paraesophageal lesion, 30x22mm (Figure 2a), with a central annular image and no vascular flow (Figure 2b). 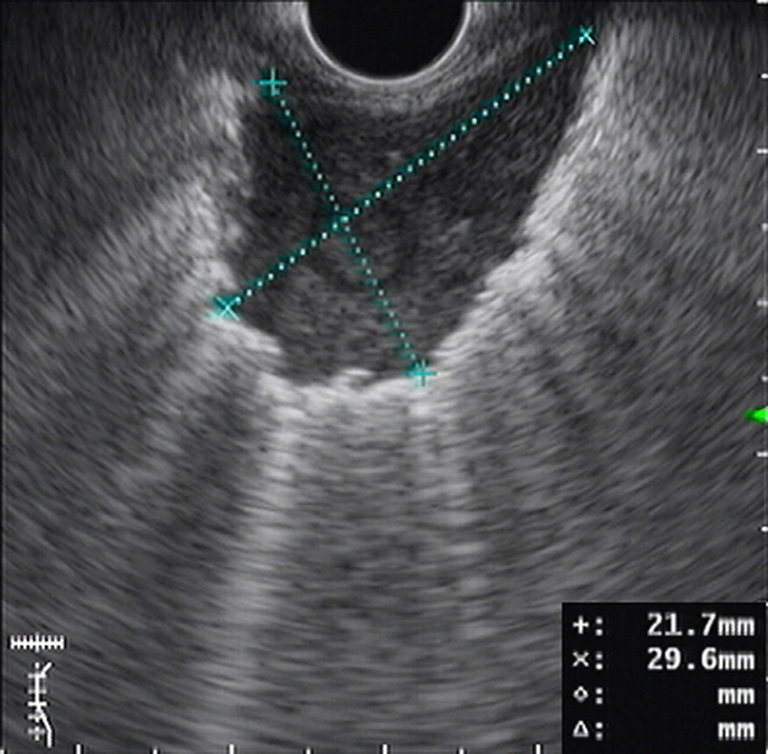 After correction of thrombocytopenia with platelet transfusion, EUS-fine needle aspiration (EchoTip® 25G ProCoreTM, Cook Medical) was performed (2 passages). Cytology was consistent with inflammation, with no blast cells and microbiology was positive for Aspergillus fumigatus. There was clinical and imaging improvement after treatment with voriconazole and the patient is presently in the second round of quimiotherapy.

Invasive pulmonary aspergillosis is a serious complication, that occurs almost exclusively in immunosuppressed and especially myelosuppressed patients 1, although there have been rare patients without any grossly apparent immune defect. The frequency of invasive aspergillosis reflects disease states and treatments that result in prolonged neutropenia and immunosuppression. Invasive aspergillosis is estimated to occur in 10-20% of patients who are receiving intensive chemotherapy for leukemia. It may manifest as persistent fever and pulmonary infiltrates despite broad-spectrum antibiotic therapy. Radiographic and CT scan images may reveal characteristic patterns, including nodules, cavitary infiltrates, and focal infiltrates 2. Definitive diagnosis depends on the demonstration of the organism in tissue, through visualization of the characteristic fungi (Gomori methenamine silver stain or Calcofluor) or through positive culture results. Procedures that may be helpful for the diagnosis include bronchoscopy, transbronchial biopsy and open lung biopsy 3.

Even though EUS-fine needle aspiration of paraesophageal/mediastinal lesions has been used numerous times, to our knowledge, this is the first case report where a pulmonary lesion that is amenable to EUS is aspirated, allowing us to reach a definitive diagnosis. There are no previous reports of EUS imaging features of pulmonary aspergillosis. We believe that this central annular image in an ill-defined hypoechoic paraesophageal lesion may be a characteristic feature.