A 48-year-old man suffering from opioid refractory pain (recorded as 9 according to visual analog scale-VAS) due to an advanced stage IV histologically-proven pancreatic adenocarcinoma with liver metastases was referred to our center. As the tumor stage was beyond any possibility of surgical radical care and in order to relieve patient’s symptoms, EUS-guided CPN was performed. Under sedation with propofol, endoscopic ultrasound (EUS) was conducted with a Pentax® EG3870UTK ultrasound endoscope (Pentax Europe Ltd, Hamburg, Germany). EUS confirmed the nodular hypoechoic lesion in body of the pancreas . 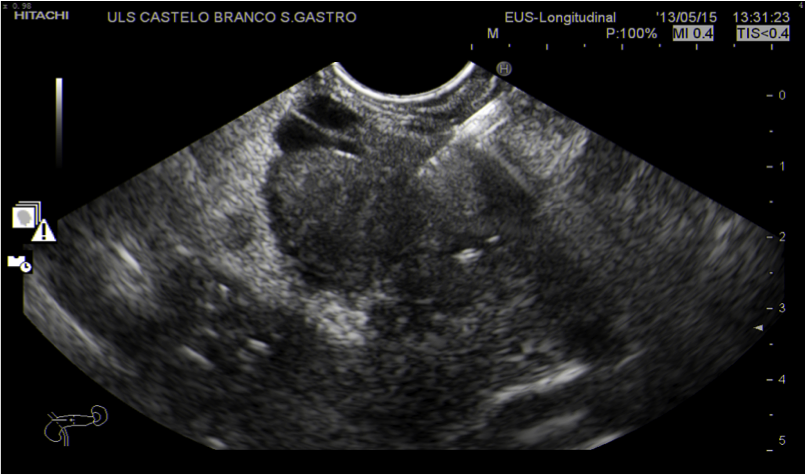 Figure 1: Tumoral nodule hypoechoic in body of the pancreas.

Ca 19-9 level was 1112 UI/mL. After colour Doppler assessment of vessel interposition, a 22 G needle (Cook Medical Inc, Bloomington, Indiana, USA) was introduced though the endoscope’s working channel to inject 15 mL bupivacaine 2.0% and 20 mL of ethylic alcohol 98% above the celiac axis. The endoscope is rotated to one side until the origin of the celiac axis was no longer seen and half of the entire solution was injected; the procedure was then repeated on the opposite side . During alcohol injection, a typical hyperechogenic shadow was observed . 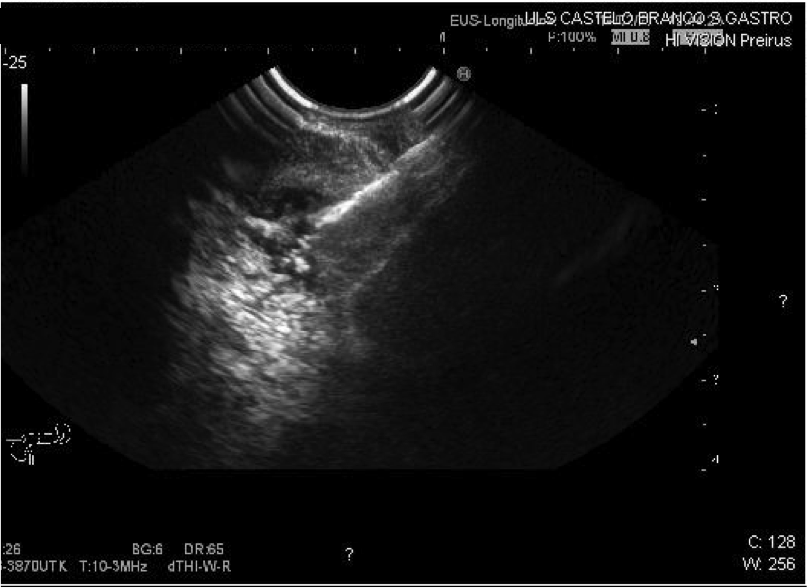 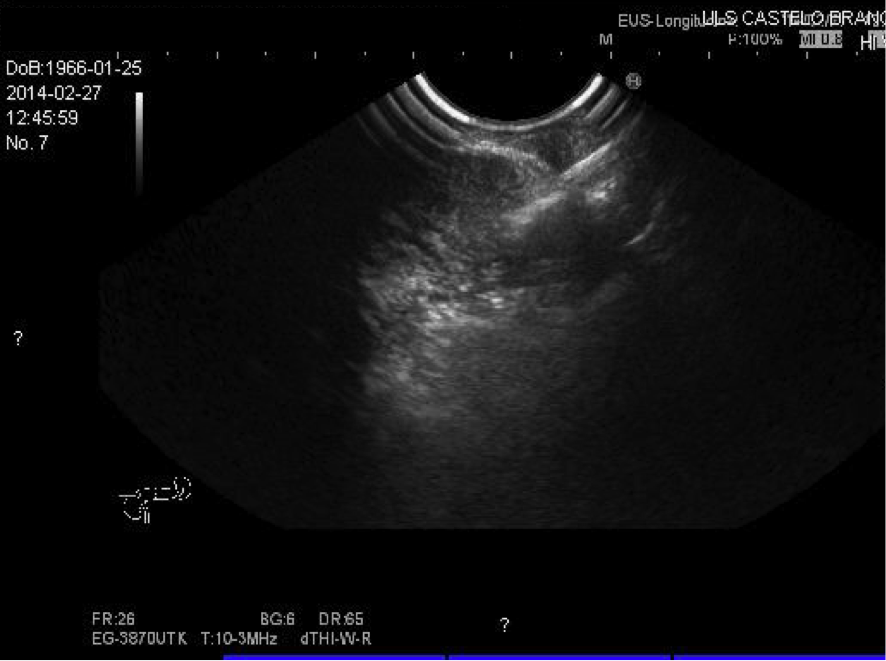 No major or minor complications were experienced by the patient. Pain relief, namely VAS 2, was achieved 3 days after the CPN. The patient remained pain-free without need of opioid, was treated only with paracetamol for 20 weeks and afterwards experienced pain relief until death occurred 12 weeks after the procedure.

One of the most important symptoms to treat in pancreatic cancer is pain . CPN is a chemical ablation of the celiac plexus that can be used to treat pain caused by pancreatic malignancy . It can be performed by an anterior or posterior approach and also can be done percutaneously or under guidance of transabdominal ultrasound, computed tomography, intra-operatively or most recently under linear EUS guidance . EUS-CPN has emerged as a more effective technique in recent times. The advantages of the EUS approach are the fine orientation of the needle above or lateral to the celiac trunk and the real-time performance of the procedure, under Doppler control of vessel interposition. Further trials are required to enable more confident conclusions regarding timing, quantity of alcohol injected and the method of choice .