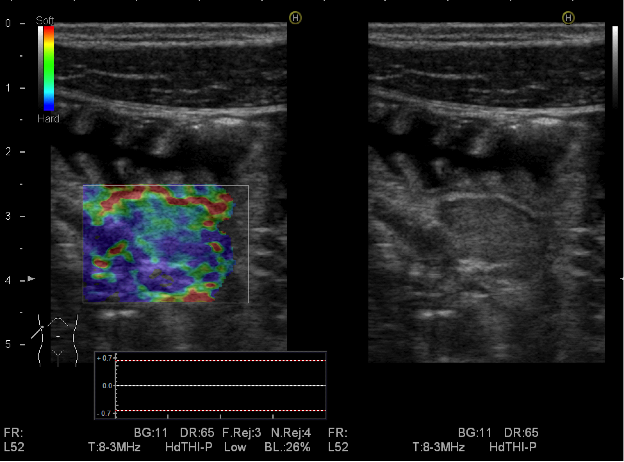 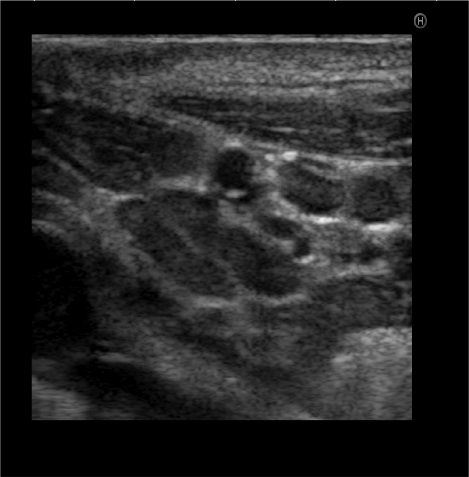 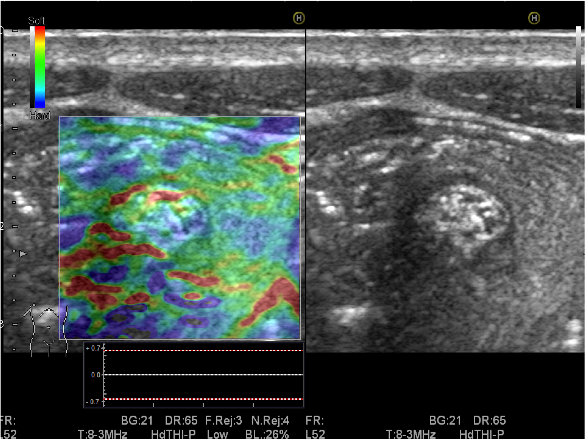 Celiac disease (CD) is a common disease with small bowel malabsorption that is largely undiagnosed in adults and appears to represent a wide spectrum of clinical features and presentations. Despite the fact, that gold standard for the diagnosis of celiac disease is histologic confirmation of the intestinal damage in serologically positive individuals, in patients with untreated celiac disease we can regularly find out several sonographic signs that raise suspicion of this chronic disease also in clinically asymptomatic persons. Lightly thickened bowel wall (3-5mm), thickened valvulae conniventes, intermittent intussusceptions due hyperperistalsis and presence of slightly enlarged mesenterial lymph nodes are frequently seen in patients with untreated celiac sprue. None of the ultrasound signs identified are specific, but a combination of signs is characteristic and indicates suspicion of this disease.